Greetings, foodies! We’re in the beginning of August and nothing calls for a strong hustle more than the start of a brand new month. Thus this time around, we’re here to give you guys a curation of the 10 best eats around Stulang so you won’t have to crack your brain thinking what’s for dinner. Alright, get ready guys and keep scrolling for more goodness in Stulang!

The very first makan spot around Stulang is this Korean BBQ joint, Jang Won Korean BBQ. Since Korean BBQ has always been a hype, we certainly have to include it in our list. There is nothing more enjoyable than cooking our food before devouring it with satisfaction. Jang Won is a Korean BBQ stall that is certain to be a recommendation from local Johoreans. The BBQ pit here utilises charcoal fire thus the aroma of the bbq meat is sure to waft over the entire joint. And not forgetting onto our hair as well as clothes but this will ensure you have a Korean BBQ experience like no other, right?

The second best eats that you have to visit while you’re around Stulang is this restaurant that serves one of the best Thai food in JB. Well, it’s none other than Restoran Pak Soh which specialises in the Steamed Fish with Lime sauce that is tangy and spicy at the same time. In addition, pairing the steamed fish with plain white rice definitely hits the spot, it’s the best combo in existence. Also, aside from the steamed fish, there are also other fares that you can order here such as Tomyam that is guaranteed to leave you wanting more. Besides, this place operates till 4AM so if you ever have midnight cravings for a bowl of Tom Yam, then this is the go-to place.

The third eatery that you mustn’t miss out when you’re in the area of Stulang is this humble Laksa stall. Many locals would very well be aware that Foon Yew laksa has a humble beginning by operating in Foon Yew High School. After more than 30 years, they moved out and begin operating in their own stall. Here at Foon Yew Laksa, you can pick among the plenty of ingredients such as fishballs, bean curd slices and many more. Also, the laksa broth here is on the lower scale of spiciness which makes it perfect for those who are not that keen on spicy food.

Check out our video here:

The next spot on our list of best eats nearby Stulang is Restoran Woon Kiang with locals’ favourite dish, Koay Teow Kia. Essentially, Koay Teow Kia consists of flat rice noodles in herbal soup with side dishes of pork offals. However, here at Woon Kiang, they also provide braised duck for those who prefer not to munch on pork innards. One final thing that makes Woon Kiang a go-to spot is their late night operating hours which allows us to fix our midnight Koay Teow Kia cravings.

The following spot we’re about to recommend you guys is Carabao Thai Restaurant. In addition to the authentic Thai dishes you get here, the entire place has an ambience that literally screams Thailand. This is because the interior boasts teak wood furniture and you can even opt to sit on mats while dining; which is a custom in Thailand. So, good food, great ambience gives you Carabao Thai Restaurant, one that you cannot afford to miss out. Also, they take reservations so if you dislike waiting, drop them a line before you head over.

Moving on is this famous stall located at Stulang Walk together with Foon Yew Laksa. Similar to how famous Foon Yew Laksa is, Pisang Goreng Stulang is no different. In addition to its fame, this stall actually sells more than 1200 pieces of Pisang Goreng on a daily basis! However, if you’re not too keen on crispy, golden fried banana fritters(which is highly unlikely), then fret not cause they also have plenty of other fried snacks for you guys to pick on. Also, you can always spot the local queue there getting a dose of their crunchy snacks.

Check out our video here:

Aside from the aforementioned Koay Teow Kia stall at #4, this humble stall, San Lou Koay Teow Kia serves smooth rice noodles alongside boasting a variety of braised side dishes. Also, the side dishes are braised for hours till it has a chewy texture to them without compromising on its aroma. Similarly, the rice noodles here are slurp-worthy drenched with their herbal savoury broth. A simple garnish which adds tonnes of flavour to the rice noodles is the chopped shallots. You’re guaranteed to order more than 1 bowl of this delicious Koay Teow Kia.

The eighth and final spot of the best eats located around Stulang is this stall that used to be in Stulang but has moved to a nearby hawker centre. As of right now, they are operating in Tebrau Hawker Centre and locals would often patronise their stall for some handmade fishball Koay Teow soup. Also, the fishballs are made from 100% yellowtail fish so the product is one that is chewy and tender at the same time. In addition, you can also choose between dry or soup version of koay teow and we would highly recommend you guys to try out both.

So, with that, we’ve come to an end of the 8 best eats when you’re around the area of Stulang. If any of you have additional places to recommend to us, do let us know in the comments section below. See you guys in the next writeup!

Love this? Also Check Out: 10 Convenient, Best Eats Nearby CIQ For Both Locals & Tourists

🔥 We are hiring interns, editors and videographers. Send your resume to career@foodie.my 🔥 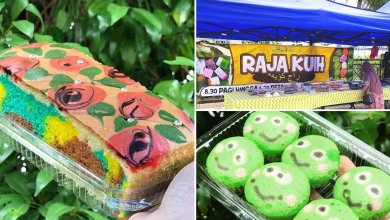 This Stall In Skudai Offers Over 30 Types Of Snacks Like Takoyaki, Donuts And More 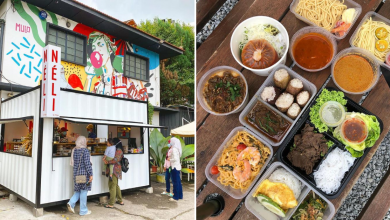 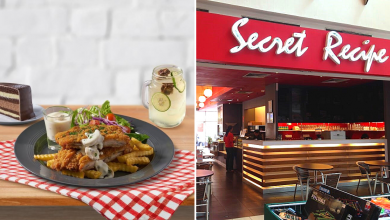 Secret Recipe Is Having 50% Discount Off Entire Bill, Here’s How To Claim It 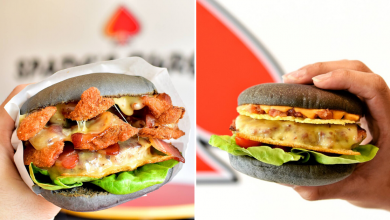